Illinois halted the death penalty with a moratorium more than 20 years ago, and abolished the practice in 2011. Now there's a new push in the new year to end it nationally

This comes as members of Congress have sent a letter to that effect to both Biden and Attorney General Merrick Garland.

Currently, the U.S. Justice Department has halted federal executions to conduct a review of policies and procedures.

"We have a coalition of folks that have been organizing around the questions on the federal death penalty and the President's intention to end federal executions, which - he's put a pause on them, but there's more that the president has the power to do," Bonowitz said. "And we wanted to make sure that that stays on the radar."

In 2021, the Federal Death Penalty Prohibition Act was introduced in both houses of Congress.

It would prohibit a death sentence for violations of federal law, and require that anyone convicted before its passage be resentenced.

In the House, it's been referred to the Subcommittee on Crime, Terrorism and Homeland Security. In the Senate, it's in the Judiciary Committee.

At the state level, Bonowitz also hopes to work to ensure passage of bills to abolish the death penalty. Virginia is one of 23 states that have done so. At the federal level, he said there are concerns about what can be approved given the disarray in the current session of Congress so far.

"We don't pretend to think that this is a top-priority issue for anybody," he said. "There are no federal executions going forward. However, we want to make sure when something happens that brings this issue to the forefront - which could be any time - that we're ready."

He noted that since the federal moratorium on executions is under the Biden administration, it could be ended should someone else become president in 2024. 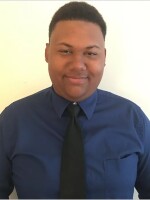