Over the past several weeks the communities of Marion, Herrin, and Carbondale Illinois have experienced a series of drive-by-shootings.

On January 8, the Williamson County Sheriff’s Office located a vehicle of interest which had ties to various criminal activities. The vehicle and individuals were believed to be connected to an unlicensed bar in Williamson County which was the site of a large fight where firearms were brandished, and several batteries occurred.

Deputies attempted to stop the vehicle and it initially fled at a high rate of speed. While fleeing the suspects attempted to dispose of evidence which was later recovered. As a result of this investigation four handguns were recovered and are believed to be items of interest in the drive-by-shooting investigations.

5 Subjects, including one juvenile, were arrested and booked into the Williamson County Jail. The subjects face multiple gun and drug charges, as well as aggravated fleeing and eluding, Contributing to the delinquency of a minor, mob action and more.

Arrests were made as the result of collaborative investigative efforts of police departments in Carbondale, Carterville, Herrin and Marion in conjunction with the Williamson and Jackson County State's Attorneys.

Subjects were arrested and booked into the Williamson County Jail for the following offenses:

Juvenile (Name Withheld) Aggravated Unlawful Use of a Weapon, Aggravated Fleeing and Eluding, Reckless Driving, No Valid Driver’s License, Possession of Adult Use Cannabis in a Motor Vehicle, and multiple traffic offenses.

Ambrose N. Godsey Mob Action and Contributing to the Delinquency of a Minor.

Michael O. Evans Aggravated Unlawful Use of a Weapon, Contributing to the Delinquency of a Minor, Possession of Controlled Substance, and Possession of Adult Use Cannabis in a Motor Vehicle.

Lawrence Abernathy Aggravated Unlawful Use of a Weapon, Possession of a Weapon by a Felon, and Contributing to the Criminal Delinquency of a Minor.

Davaughn L. Graves Mob Action and Contributing to the Delinquency of a Minor. 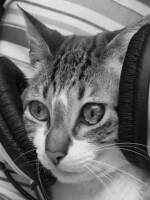