The public is invited to welcome home over 80 veterans as Honor Flight returns on Tuesday June 7.

Tuesday evening, veterans from the eighth honor flight will return to Veterans Airport in Marion, and event sponsors are hoping for a good public turnout.

Deborah Reynolds-Hogg, chairperson for the veterans honor flight's welcome home committee, says nearly 90 veterans will be on the flight, including 76 who served in Vietnam.

"This is an opportunity to say thank you to them, and to show them how much we truly appreciate all that they did and, in spite of the conflicts that were going on at the time they came home. We want to make that up."

Reynolds-Hogg says food trucks will be at the event, and because of the airport's limited parking, the public is encouraged to take one of several shuttles leaving from Sam's Club and Cornerstone Church in Marion, to the airport.

Shuttles will run every 20 minutes starting at 5PM. 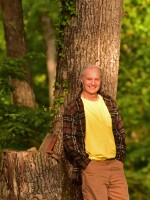 Kevin Boucher
Born in Newport, Rhode Island to a military family, Kevin Boucher traveled the country and the world at a young age before his family settled in Murphysboro, Illinois in 1976. He earned a Bachelor's degree in Radio-Television at Southern Illinois University (SIU) in Carbondale and worked in commercial radio before becoming the Traffic Manager at WSIU Public Television. Boucher has since earned a Master's degree in Professional Media & Media Management Studies from SIU's College of Mass Communication & Media Arts. He is an outdoor enthusiast who enjoys gardening and exploring the flora and fauna of the Shawnee National Forest and other beautiful natural areas across southern Illinois. Kevin is embarking on a new path with WSIU as the Community Engagement Producer for WSIU Radio. Look for Kevin's work on air and on line.
See stories by Kevin Boucher
Related Stories